So we’ve been gone for a long time, but we’re working on a new project now: a literary review webseries on YouTube. Check it out! In this episode Shanna reviews To Kill a Mockingbird while drinking a Tequila Mockingbird.

Aside from booze blogs, web comics, regular comics, and as many books as we can get our hands on, we (specifically Matt) like to read certain menswear blogs. In particular we recommend An Affordable Wardrobe and Put This On, which inspired our video segments. One of the common questions addressed on menswear blogs is how to build a wardrobe and not surprisingly, the process is very similar to stocking your bar.

This is our collection a year ago. Much like a child, it has only gotten larger and more expensive since then.

END_OF_DOCUMENT_TOKEN_TO_BE_REPLACED

I have noticed a trend in my writing, both here on IPTB and elsewhere. The overwhelming bulk of reviews that I write are conspicuously positive. This has to do mainly with what I choose to review. If I like a product, I want to share it with others. I also suspect that the opinions we express here concerning booze have begun to teeter on the edge of snobbishness.

In an effort to rectify one of these two biases we bought a four-pack of El Jimador New Mix Margarita-in-a-can. I figure there are two ways this can turn out. Either I like the stuff and absolve myself of snobbery, or it’s as bad as I expect it to be and I can even out my reviewer’s karma.

Who can guess which way this is going? 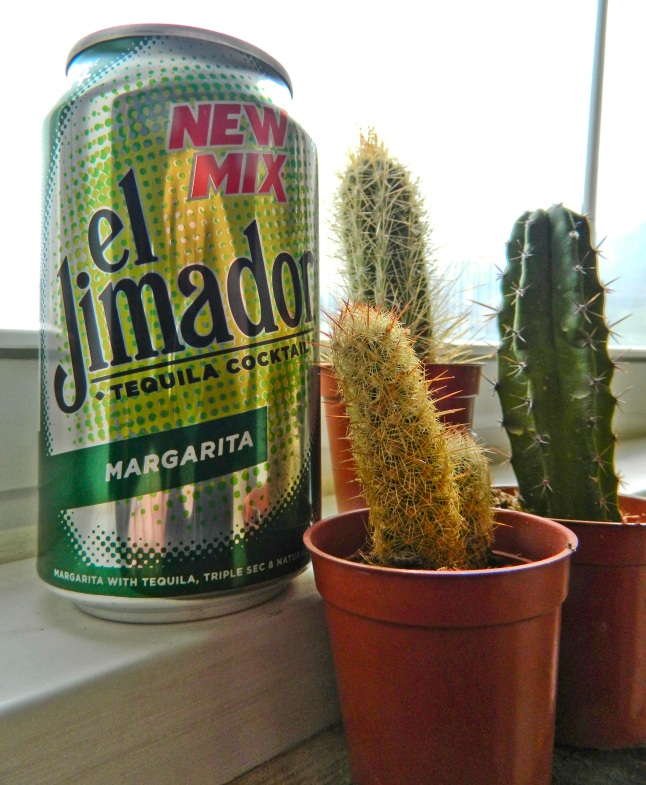 El Jimador - in its natural habitat.

END_OF_DOCUMENT_TOKEN_TO_BE_REPLACED

We, Matt and Shanna, spent five days over-eating, waiting in lines, occasionally relaxing, and drinking (when the cocktails seemed palatable) in Florida’s Walt Disney World this February.  We came for the animatronics, food, and warm weather, and left with a Kermit hat and a well “researched” theory on how to drink in Disney.

This theory consists primarily of what not to drink. As it turns out, we skipped a lot of opportunities to imbibe because, to our dismay, 80% of all booze on offer at the parks are cheap light beer (mostly the unholy triumvirate of Bud, Miller, and Coors), sugar & juice concoctions topped with a drop of booze, or variously flavored frozen abominations fraudulently sullying the name margarita. But fear not dear reader, for though our noses were held high in the air, they did lead us to a handful of truly magical beverages. END_OF_DOCUMENT_TOKEN_TO_BE_REPLACED

To finish out our series for National Tequila Day, we thought we’d wrap up with a nice after-dinner cocktail.  The Tequila Mockingbird, besides being really fun to order in a bar, is a minty, but not overly sweet drink. It’ll compliment a dessert, but isn’t one on its own.  Like any drink that features crème de menthe, be sure to adhere to the recipe closely, the mint flavor could easily overwhelm everything else in the drink.

Fill a cocktail shaker halfway with ice.  Add all three ingredients and shake thoroughly.  Strain into a chilled cocktail glass. 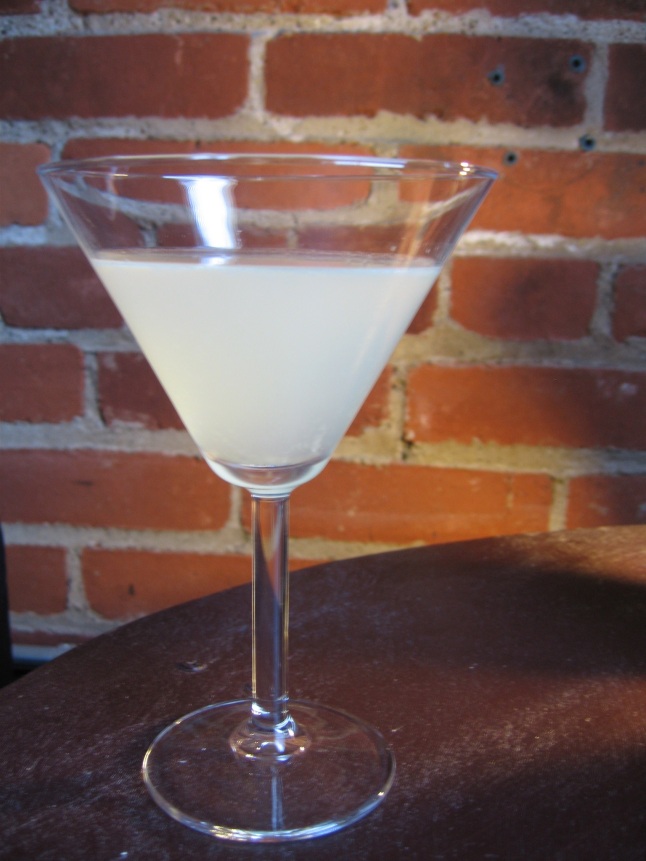 Though the ingredient list isn’t unusual for a tequila drink, the overall effect created by the Matador is striking.  Served in a Champagne flute, the Matador makes an unexpected alternative to a Bellini for Sunday morning brunch.  The alcohol content is low but the flavor is tart, perfect to perk up sleepy or hungover guests.

juice of one lime

Fill a cocktail shaker halfway with ice and add all three ingredients.  Shake thoroughly and strain into a chilled Champagne flute.

A long refreshing drink to enjoy on a warm night. The Tequila Sunrise gets its name from the grenadine that slowly settles, creating a gradient from orange to deep red.

Fill a highball glass with ice.  Add the tequila and orange juice, and stir them together.  Drizzle grenadine on top and serve.

In the 1940s the Margarita almost single-handedly introduced American drinkers to tequila. Today it’s still the most popular cocktail made with the Mexican staple. Much like the Daiquiri though, the Margarita is often (and erroneously) served as a frozen, slushie-like concoction. This can dilute an otherwise excellent drink, so be sure to serve this classic up, in a cocktail glass, as it was meant to be.

Fill a cocktail shaker halfway with ice and add the tequila, triple sec, and lime juice. Shake thoroughly and strain into a cocktail glass. Many boozehounds like to salt the rim of their glasses, though personally, I’m not a fan.

Of all the commonly available spirits in the western world, and especially here in the States, none has been as thoroughly maligned as tequila.  Associated with (at best) fruity, overpriced tourist drinks, or (at worst) criminals, racial stereotypes, and the king of all hangovers.  But today, July 24th, is National Tequila Day in the US and the perfect opportunity to shed some light on this spirit that, admittedly even we here at IPTB, have neglected. 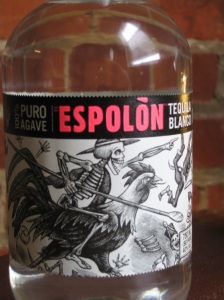 So first off, what is tequila? Tequila is a variety of a spirit called mezcal. Essentially, tequila is to mezcal as cognac is to brandy. Developed by Spanish conquistadors who brought distilling techniques to the New World, mezcal is distilled from the core of the blue agave plant, which takes twelve years to mature before it can be harvested.

Tequila is also subdivided by a number of different traits. The first is purity. If the bottle doesn’t say 100% pure agave, you’ve probably got a “mixto” tequila (pronounced MEES-to). Mixto is only required by law to contain 51% agave spirits; the rest is distilled from sugar cane.

Another distinction between tequila varieties is age. Like wine, brandy, or whiskey, some tequilas are barrel aged to give them color, smooth some of the alcohol’s harshness, and give the tequila a more complex flavor. Certain terms are generally used to indicate age, though there are no hard-and-fast rules.

Blanco: (aka white or silver) This is un-aged tequila, straight from the still to the bottle.

Gold: (aka joven abocabo) This is bottled as a mixture of blanco and tequila that has been aged at least two months. There’s no guarantee of the ratio between the two though, and gold tequilas usually contain a small percentage of aged spirit.

Reposado: Literally translated to “rested,” reposado tequilas are aged at least two months. Though they may not be 100% agave, they’re at least not mixed with un-aged spirits.

Añejo: These tequilas are aged for at least one year. Those that have been aged longer than a year may be called “Extra Añejo” or something similar and the age will generally be advertised on the bottle. Generally speaking, the longer a spirit is aged, the smoother and more complex the flavor will be.

Because reposado and añejo tequilas are considered to be higher quality, and accordingly more expensive, these are the varieties that you’ll want to reserve for sipping and savoring neat. If you’re going to mix cocktails, you’re generally better off using either blanco or gold varieties.

Speaking of which, we’ll be posting recipes to some classic tequila cocktails throughout the day. Check back as we post recipes for a Margarita, Tequila Sunrise, Matador, and the whimsically named Tequila Mockingbird.